Most of us are born tending to be larks or night owls. However, adhering to a strict sleep schedule and seeking professional help when necessary can help adjust your sleeping times if work or other factors dictate a change.

We’d like to think we control our bodies, choosing when to go to sleep and when to wake up. However, research shows we’ve got it wrong.

For example, it’s more than personal preference if you’re a night owl who’s awake in the wee hours or a morning person who springs out of bed at the crack of dawn. It turns out these habits are hard-wired into your genes.

Need to change your usual sleep schedule? With the right guidance, you just might be able to.

Most of us conform to society’s expectations by shaping our sleep schedule to match school and workplace start and end times. But take that shaping away, and many people’s internal clocks might run on different timing.

“Many biological and psychological functions follow a near 24-hour pattern known as ‘circadian rhythm,’ with the term derived from the Latin ‘circa’ [about] and ‘dia’ [day],” says Rochelle Zozula, PhD, coordinator at Capital Health’s Center for Sleep Medicine in Hamilton, N.J.

These circadian rhythms affect everything from our body temperature cycle and sleep and wakefulness rhythms to the secretion of certain hormones such as melatonin and cortisol. They also respond to signals in the environment such as light and darkness and can be affected as we age.

Scientists have discovered that if left to your own devices, your internal clock works on a 25-hour cycle rather than a 24-hour one. However, thanks to external stimuli such as sunlight, we generally follow a 24-hour sleep schedule.

Many people have a natural tendency toward getting up earlier in the morning or staying up later at night simply due to their genetics. But, on occasion, certain internal clock genes can cause true circadian rhythm disorders that result in extreme larks or night owls, depending on the ailment.

Advanced Sleep Phase Disorder (ASPD) affects about 1 percent of adults — a higher percentage of seniors — and results in these people going to bed earlier and waking up earlier than what is typically considered normal. For example, individuals with ASPD may go to sleep between 6 p.m. and 9 p.m. and wake up anywhere from 1 a.m. to 5 a.m. During the time they are asleep, they generally get good-quality shut-eye.

Delayed Sleep Phase Syndrome (DSPS) is much more common, with as many as 15 percent of teens and adults reportedly having it. The opposite of Advanced Sleep Phase Disorder, those with DSPS go to bed in the early morning, between 1 a.m. and 4 a.m., and wake up later, ranging from 8 a.m. to 11 a.m. While these extreme night owls still sleep well, they are at risk of sleep deprivation if they must force their bodies to wake up before they are ready to in order to accommodate school and work schedules.

While our bodies are hard-wired to crave certain sleep and wake times, there is help for those extreme larks and night owls. People with Advanced Sleep Phase Disorder wishing to shift their internal clock should work with a doctor or sleep specialist. Simply forcing yourself to stay in bed longer or taking sleep medicationsis not likely to work and may cause other sleep issues. A doctor will often recommend polysomnography (otherwise known as an overnight sleep study) and may work to advance bedtimes and wake times using small time increments and perhaps bright lights that mimic sunlight.

Treatment for Delayed Sleep Phase Syndrome also generally involves working with a doctor or sleep specialist who often will slowly decrease bedtime until the desired hour is reached. Once this occurs, a strict routine of sleep and wake times must be maintained as even one night can throw off the internal clock. Bright light exposure in the early morning and avoidance of bright or outdoor light in the evening may also be used.

It requires time and patience, along with the right medical supervision, but it is possible to get your body clock more in sync with the rest of the world, if necessary. 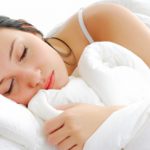 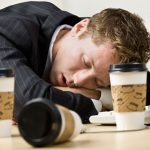 The Chemistry of Caffeine, Nicotine, and SleepSleep